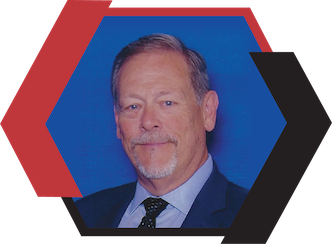 Craig McClure’s commitment to proactive compliance focused on risk mitigation can be seen throughout his 40+ year career. Craig has extensive international trade compliance and logistics experience as an importer/exporter, most recently serving as the Director of International Trade Compliance for a Japan-based manufacturer of semiconductor production equipment. He is adept at responding to changes in the global landscape, quickly revising policies and enhancing procedures such as the U.S.’s revised stance and increased duties on China and other international players.

Craig spearheaded the company’s commitment to supply chain security as one of the first importers to apply and enroll in CTPAT. Additionally, he supported foreign site validations for U.S.-based customers and maintained the firm’s CTPAT status through three re-validations. His dedication to proactive compliance continued by spearheading participation in the Importer Self-Assessment (ISA) program and managing the recent transition to the CTPAT Trade Compliance trusted trader program.

Craig participated in Merger & Acquisition (M&A) and divestiture activities related to trade compliance during his career. These activities included critical business continuity steps such as transferring existing BIS export licenses between parties. He also conducted post-closing investigations of the newly acquired company’s compliance with U.S. export and import regulations. In addition, Craig led submissions of voluntary self-disclosures (VSDs) with agencies, including the Bureau of Industry and Security (BIS).

Craig values education and enjoys sharing his knowledge. He has provided instructor-led and web-based training on import/export compliance, deemed exports, and INCOTERMS. In addition, he has served as an Adjunct Professor at Austin Community College, teaching a course in U.S. Customs regulations.

To support his international trade peers, Craig has been a member of the SEMI and SIA industry trade groups’ export control working groups. Also, he is a member of the International Compliance Professionals Association (ICPA), having served as an officer, board member, and speaker.

Craig earned a Bachelor of Science degree in Business Administration from The University of Texas at Dallas, School of Management. He is also a Licensed Customs Broker.