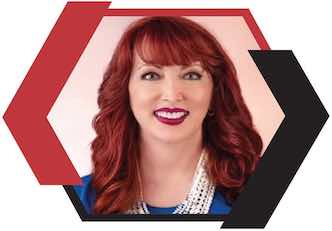 An innovative force in international trade, Adrienne’s 25-year career encompasses every aspect of import and export compliance. Her passion for risk mitigation and client success is evident in all facets of her work and client engagements. Adrienne excels at turning complex trade issues into understandable, actionable information.

A highly-sought speaker, Adrienne is a distinguished lecturer for such groups as the American Association of Exporters and Importers (AAEI), the International Compliance Professionals Association (ICPA), the American Conference Institute (ACI), the American Petroleum Institute (API), and the National Association of Foreign Trade Zones (NAFTZ). She frequently speaks at government-sponsored events, such as the Department of Energy’s International Nonproliferation Export Control Program (INECP), which hosts industry/government seminars on strategic trade management in various countries around the world.

Adrienne received her L.L.M. in International Business Transactions from McGeorge School of Law (Sacramento, California) and earned her J.D. at St. Mary’s University (San Antonio, Texas). She studied international law at the University of Salzburg (Salzburg, Austria) and at the University of Oxford, Queen’s College (Oxford, England). She is licensed to practice before the Supreme Court of Texas; the United States District Court of Texas for the Northern District; the Court of Appeals of the District of Columbia; and the United States Court of International Trade.

In her capacity as President of Braumiller Consulting, Adrienne does not provide legal services. To seek Adrienne’s extensive legal advice, contact her at Adrienne@BraumillerLaw.com.