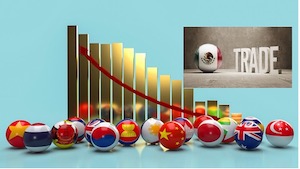 What are the possible risks that the RCEP represents in commercial terms for Mexico?

On November 15, 2020, after 8 years of negotiations, one of the largest Free Trade Agreements in the world was signed. It is the Regional Comprehensive Economic Partnership (RCEP). It includes the 10 ASEAN countries (Brunei, Cambodia, Indonesia, Laos, Malaysia, Myanmar, the Philippines, Singapore, Thailand, and Vietnam) and the new allied trade bloc of five other countries: Australia, South Korea, Japan, New Zealand, and the People’s Republic of China. The Prime Minister of Vietnam, Xuan Phuc; and the Minister of Industry and Commerce, Tran Tuan Anh, hosted the virtual summit where the agreement was signed.

“The signing of the RCEP is not only a historic achievement of East Asian regional cooperation, but also a victory for multilateralism and free trade,” said China’s Prime Minister Li Keqiang. According to his statements, this free trade agreement will definitely inject new impetus to regional development and prosperity and contribute to global growth and recovery. The importance of RCEP is that it will connect approximately 30% of the world’s population and strengthen economic integration among its member countries. In general, the RCEP aims to progressively reduce import duties, increase investment, and streamline customs procedures to facilitate the free movement of goods. The RCEP also includes rules of origin to establish preferential treatment which will reduce complexity and compliance costs for member countries and offer benefits to strengthen the synchronization of the supply chain among regional members, as well as new strategies to counter the trade crisis between the United States and China.

However, the RCEP was signed at a time when COVID-19 was spreading rapidly around the world and the international economy was in a severe recession, global trade and investment were contracted, and considerable unilateralism and protectionism were rampant. This set off alarms in terms of competitiveness for certain countries, including Mexico.

There are those who believe that the RCEP could cause some companies to choose to geolocate or relocate their operations. In this way, Asian companies that wish to locate in Mexico may limit the growth or expansion of companies from Mexico. Conversely, companies opting for the RCEP region (instead of Mexico) means missed investment opportunities for Mexico. In a situation of this nature, some companies could be harmed, while others benefit, depending on the type of industry or commercial sector, as well as the implemented strategies.

To prepare for any of the above-mentioned scenarios, the government of Mexico could design strategies in favor of the national industry. For example, it could: a) create forums or programs to disseminate information to encourage restructuring in value chains so that Mexican companies, including SMEs, integrate into global value chains, b) implement measures that would allow consumers or companies to substitute/interchange/replace Asian goods with goods produced in Mexico” c) strengthen ties with trading partners to create a common front, especially with the United States, because of Mexico’s economic dependence on the United States. Conversely, regardless of what the Mexican government does, private industry must also prepare itself, creating its own strategies and positioning plans.

Mexico may view the RCEP as an opportunity to diversify its markets and not depend solely on the United States economy. In any case, it is important that the interested parties critically evaluate the options they have to thrive and grow, or at least to survive within their industries. Neither the government of Mexico nor private industry should sit idly by at times like these.