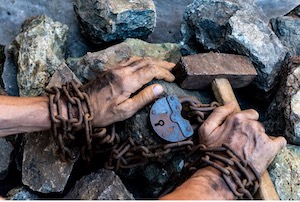 The Uyghur Forced Labor Prevention Act (“UFLPA”), which takes effect on June 21, 2022, bans the importation of all goods made in the Xinjiang Uyghur Autonomous Region (“XUAR”) in China. President Biden signed this law on December 23, 2021, which unanimously passed both houses of Congress. The new law gives the government more tools to enforce U.S. forced labor laws, including a statutory presumption that goods from Xinjiang are made with forced labor.

The goal of the UFLPA is to prevent goods made with forced labor by persecuted groups in the XUAR to enter the U.S. The new law was spurred by a report by the Congressional-Executive Commission on China (“CECC”) in March of 2020, which described reports that linked a large variety of product lines to forced labor in XUAR, including cotton and other textiles, cell phones, computers, electronics, and foodstuffs.

The UFLPA creates a statutory presumption that any good made in the XUAR is made with forced labor. This means that all goods made in the XUAR, including goods produced with raw materials, inputs, and subassemblies made in the XUAR are banned from entry into the U.S. This rule goes broader than the product specific Withhold Release Orders issued by CBP covering tomatoes and cotton products from the XUAR. Using the UFLPA presumption and its authority under 19 U.S.C. § 1307, CBP can now seize goods it believes were made in XUAR, destroy those goods if they are not exported (absent proof of no forced labor), issue penalties against the importer, revoke import privileges, and investigate and audit importers that it believes are importing goods from XUAR.

The UFLPA is not the first forced labor statute to establish a presumption that goods in a geographic region are made with forced labor. For example, in 2017, Congress enacted a presumption of forced labor for North Korean labor via the Countering America’s Adversaries with Sanctions Act (“CAATSA”).

The Exception to the Presumption – Case-by-Case Basis by CBP

1) The importer fully complied with new guidance (see below) and all relevant regulations,

2) The importer responded to all inquiries by CBP regarding the use of forced labor, and

3) In this process, the importer provided “clear and convincing evidence” that the merchandise and its raw materials, inputs, and subassemblies were not mined, produced, or manufactured in whole or in part by using forced labor.

What is Clear & Convincing Evidence of No Forced Labor?

What is “clear and convincing evidence” that no forced labor was used? There are two recent CBP Rulings that give us some insight as to what evidence CBP needs to determine that goods were not made using forced labor.

In Customs Ruling HQ H317249 (May 5, 2021), CBP determined the importer, Proof Apparel, did not provide clear and convincing evidence that its goods were not made by North Korean laborers in violation of the CAATSA. Proof Apparel provided an independent audit of the factory that produced the goods, photos of the employees, and photo-ID cards of the employees of the factory. However, CBP did not find this evidence creditworthy because the auditors only interviewed 10 out of the 49 workers during the audit, there were inconsistencies in the reports of the number of employees at the factory, CBP believed the photos provided showed conditions of Korean forced labor camps, and the photo-ID cards did not show the nationality of the workers.

In Customs Ruling HQ H318182 (May 10, 2021), CBP held that Uniqlo Co. did not prove that goods were made without using forced labor in accordance with the Xinjiang Production and Construction Corps (“XPCC”) WRO. CBP determined that a list of production steps and production record for the yarn, including records that identified the cotton and cotton producer of the raw cotton, transportation documents from the cotton grower to the yarn maker, supporting documents related to employees that picked the cotton, their timecards, wage payment receipts, and daily process reports that related to the raw cotton sold to the yarn producer would be required to prove the goods were not produced by means of forced labor. CBP held that, although Uniqlo provided documents of the sale, acquisition, source location, transportation, and delivery of the raw cotton used to produce the clothes, Uniqlo did not provide documents showing that no forced labor was used in the growing and harvesting of the cotton.

Based on these rulings, the importer must provide detailed documentary proof of the country of origin (and the region of origin) of the merchandise and its raw materials, inputs, and subassemblies. Importers may be required to trace their products using documents from every manufacturing stage across several factories, and possibly multiple countries. This documentation includes production records of the components, proof of transportation such as airway bills, employee timecards, proof of payment of factory employee wages, and photos and videos of the factories in progress. This documentary burden will be heavy on many importers.

The UFLPA pings the Forced Labor Enforcement Task Force, a cross-agency task force established by the USMCA Implementation Act, to create an overall government strategy to combat forced labor in the XUAR that includes a list of XUAR-related entities, propose new regulations aimed at combating forced labor in the XUAR, and to publish the importer guidance that is required to rebut the UFLPA presumption of forced labor. The importer guidance will address increased due diligence, effective supply chain tracing, and the types of origin documentation that CBP will be looking for to prove that goods were not made in the XUAR or from forced labor. This guidance is critical for importers choosing to stay in the XUAR given the current lack of any available examples to illustrate how a company actually proved to CBP that forced labor was not used.

Prohibition on Goods Made by Xinjiang Workers Outside of XUAR

The UFLPA prohibits goods made by other companies in other regions that “recruit, transport, transfer, harbor or receive forced labor from Uyghurs, Kazakhs, Kyrgyz, or members of other persecuted groups” in the XUAR. This means that goods made by companies in other regions of China that transport and use Xinjiang laborers will be treated as if they were made in the XUAR.

The UFLPA authorizes the President to impose sanctions and penalties on Chinese entities and individuals that engage in, facilitate, or financially contribute to facilities in the XUAR, including asset and visa blocking, and will require the Secretary of State to develop a diplomatic strategy to address forced labor in the XUAR.

Reports to the Securities and Exchange Commission

Public companies must disclose their activities in the XUAR to the Securities and Exchange Commission as part of their annual reports.

Another obstacle for importers trying to obtain an exception to the presumption of forced labor is that CBP is deterred from making those exceptions because CBP is required to make a report to Congress within 30 days of making each exception, which must include both a detailed record of the goods and all evidence considered.

Most companies sourcing from China will require careful planning and preparation for June 21, 2022, the date the UFLPA goes into effect. For many industries, especially those with complicated supply chains and fluctuating suppliers, complying with the UFLPA may require restructuring their global supply chains by changing suppliers and vetting new vendors, adding language in buying contracts that prohibits forced labor products, conducting internal audits for XUAR sourcing, and otherwise verifying the origin of goods via the documents outlined in the upcoming guidance.

Larger importers of Chinese goods should be tapping their heads of sourcing, procurement management, supply chain operations, accounting, legal, and compliance teams to quickly incorporate the U.S.’s changing forced labor rules into their daily practices. Inter-department communication is important for keeping up with forced labor updates.

Brokers and corporate counsel should advise their clients of the risks of importing goods from China made using forced labor, such as cell phones, computers, cotton, silicon products, and textiles. If CBP requests documents or responses regarding the origin goods for your clients that import Chinese goods, you should enlist Customs counsel as soon as possible.

The Department of Homeland Security has published its request for public comments regarding new regulations to combat forced labor in the XUAR (See DHS Docket No. DHS-2022-001). The deadline for comments is Thursday, March 10, 2022.

Penalties for violating forced labor laws include issuance of new WROs, seizure and forfeiture of products, Customs penalties of up to $250,000 per violation, up to 20 years of imprisonment for individuals, and revocation of import privileges, such as bond privileges. The UFLPA gives importers until mid-2022 to make the necessary changes to their supply chains and compliance policies to avoid products made in the XUAR and otherwise made from forced labor.

The Future of Forced Labor Enforcement

The UFLPA is one of many recent laws and policies that address violations of human rights in the XUAR by the Chinese government, such as the Uyghur Human Rights Policy Act of 2020, which authorizes sanctions and export controls on Chinese individuals and entities that engage in human rights violations in the XUAR. In addition to the Act, a cross-agency task force published two Xinjiang Supply Chain Business Advisories, cross-agency statements by the departments of Homeland Security, Treasury, Commerce, Labor, State, and the USTR that forewarned U.S. companies of the reputational, economic, and legal risks of involvement with the XUAR.

Further, since the Trade Facilitation and Trade Enforcement Act in 2016 that repealed the statutory exception that allowed many products made using forced labor to enter the U.S., CBP has ramped up enforcement of products made using forced labor, which are primarily from China. Since then, CBP issued 36 Withhold Release Orders (“WROs”), issued over $8.4 million in civil penalties associated with forced labor products, and detained hundreds of shipments under the authority of those WROs.

The UFLPA is part of a growing trend of U.S. policy in retaliation against China’s human rights violations in the XUAR. President Biden and his administration outwardly criticize China for its human rights violations in the XUAR and other areas, a movement that has support from many Republicans, such as Marco Rubio, who has long advocated for congressional action against China’s human rights violations and other Chinese policies offensive to the economic and political agendas of the United States. Importers can expect future U.S. action aimed at combating forced labor practices in China, and importer due diligence requirements will parallel the heightened scrutiny of those goods.

Companies whose goods are seized for forced labor concerns, or that receive requests for information and documents from CBP regarding forced labor should contact outside Customs and Trade Counsel with experience in forced labor enforcement. The Braumiller Law Group has a team of lawyers with experience navigating seizures, successfully representing importers before CBP in response to CF-28s, 29s, audits, and investigations disputing the origin of goods, successfully mitigating and cancelling Customs penalties, and tailoring forced labor compliance procedures and trainings for global supply chains.