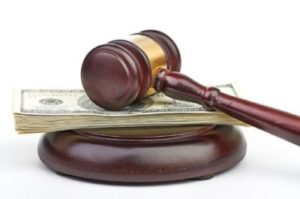 Trump’s Tariffs: Be Wary of the False Claims Act

With the imminent, and all too real, threat of an increase in Section 301 tariffs set for March 2nd, on more than 6,000 product lines from China, the last thing importers need is another thing to worry about. For importers who may be tempted to consider desperate measures to avoid the effects of this increase, think twice, or as many times as it takes, but don’t do it! Transshipment, dual invoicing, and altering documentation are not only illegal, but could expose importers to much more than Customs penalties.

These short-term “solutions” can cause long term problems in the form of civil liability under the False Claims Act (FCA) 31 USC §§ 3729 – 3733, which also allows for qui tam actions. A qui tam action, in other words, is an action brought by a whistleblower that the government has the option to join. If the government successfully discovers fraud as a result of the investigation sparked by a qui tam plaintiff, then the whistleblower gets a nice payout.

The FCA, in the Trade Enforcement sense, can impose liability on importers who make a false claim on import documents, OR it can apply to what is referred to as a reverse false claim, meaning the importer failed to make a claim that was supposed to be made under Customs law. For each false claim the government discovers, there is a civil penalty of between $5,500 and $11,000.  However, because the FCA allows adjustments for inflation, violators now face penalties of between $11,181 and $22,363 per claim, as of 2018. Even more painful is the fact that the government is allowed to collect triple the amount of any money (i.e., duties) it may have lost due to a false claim.  Even for small-scale importers, this can quickly amount to millions of dollars.

In 2018, a whopping 645 FCA cases were brought qui tam while only 122 were non qui tam. Although the ultimate recovery by the government was the lowest since 2009, ($2.8 billion), the amount of cases brought has remained steady. The majority of FCA cases result from healthcare fraud, but the imposition of Section 232 and Section 301 tariffs stand to change those heavily weighted scales.

Prior to 2018, otherwise known as the year of the Trump Administration’s tariffs, most trade-related FCA cases stemmed from antidumping and countervailing duties fraud. For example, in 2018, Bassett Mirror Company, Inc. settled an qui tam FCA case with the government for misclassifying wooden bedroom furniture from China in an effort to evade antidumping duties. While antidumping duties can negatively impact a business, and historically are much higher than the Section 301 tariffs, the expansive reach of the Section 301 tariffs on the majority of products American importers get from China is an invitation for rampant fraud. Not to mention that some products fall within the reach of Section 301 duties and antidumping duties.

The sad thing is that we may not see the effects of these tariffs in relation to FCA claims for years. Taking Bassett as an example, the actual infraction occurred between January 2009 and February 2014, while the suit was not filed and settled until 2018. It can take years for a whistleblower to muster up the courage to make a qui tam FCA claim, the statute of limitations giving the extreme cushion of 10 years from the date of the infraction to make a claim.

A case out of Illinois federal court has been ongoing for 5 years after a man noticed unusually cheap steel pipes at a Home Depot and brought an FCA case against the company that imported the pipes. The shocking part here is that the case has continued even after the government has opted not to join the qui tam claim. This case is reminiscent of the company that brought a reverse FCA claim against a pipe fittings manufacturer after noticing that their products showed a lack of country of origin marking on eBay. That case survived a motion to dismiss and has reached a “controlled discovery” stage that could allow the whistleblower to build its case. The whistleblower, Customs Fraud LLC, is apparently a company whose sole business is to seek out Customs Fraud and bring FCA claims.

The takeaway is this: Section 232 and Section 301 tariffs have created a greater incentive for fraud by companies who do not have the bandwidth to find alternatives to paying the increased duties. Importers should beware of people just trying to make a quick buck who are targeting companies that import aluminum and steel products subject to 232 duties, or companies that have products marked “Made in China” that seem impossibly cheap still.