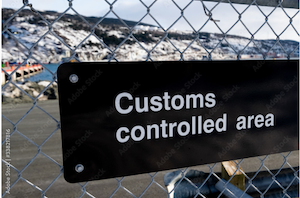 Got any idea what the known-unknowns are in your supply chain?  As an Importer, is there a thorough understanding of all the links from sourcing raw materials to subcontract manufacturing, to final assembly of finished goods inbound to the U.S?  Take a moment to explore some of the highlights about:

Under Section 307 of the Tariff Act of 1930, (19 U.S.C. § 1307), “The importation of merchandise mined, produced, or manufactured, wholly or in part, in any foreign country by forced or indentured labor – including forced child labor – is explicitly prohibited.”  Therefore, when information reasonably indicates that a shipment being imported may have been produced using forced labor, U.S. Customs and Border Protection (CBP) can issue a Withhold Release Order (WRO).

A WRO, when issued, can be a costly and time-consuming process.  For the CTPAT participant this is now a fundamental part of the Minimum Security Criteria (Importers MSC 3.9).  Although a social compliance program is not a “must have” in the implementation guidance, it is very much a part of the new areas CBP is bringing to the table during reviews and validations. Agents are looking for evidence showing CTPAT certified importers are taking responsibility and are better prepared.

A social compliance system is defined by CBP as,  “…a set of policies and practices through which a company seeks to ensure maximum adherence to the elements of its code of conduct that cover social and labor issues.”  Where that intersects with the CTPAT new Minimum Security Criteria (MSC) is the “must” requirement for participants to have a Company Code of Conduct and the “should” criteria of a forced labor policy.

The first piece of the social compliance puzzle is the code of conduct.  We are all familiar with the elements of a company code of conduct that expresses the policy and commitment of the company to certain standards.  In the case of CTPAT, these standards should extend to the suppliers, subcontractors, vendors, and third -party participants. CTPAT is asking members to ensure that your entire supply chain (end-to-end) is aware of and acknowledges this policy.

The second piece involves securing your supply chain against elements of Human Trafficking.  When we hear the words “Human Trafficking” we usually think “Sex Trafficking”, and although sexual exploitation is big part of the trafficking picture, human trafficking takes place in a much broader arena.

According to the United Nations Palermo protocol, the legal definition of human trafficking is a crime that includes three elements:

According to Article 2 of the Forced Labor Convention, forced labor is, “all work or service which is exacted from any person under the menace of any penalty and for which the said person has not offered himself voluntarily”.

Men, women, teens, children, boys and girls are all potential victims of trafficking.   The exploitation of individuals for forced labor within a supply chain is rising at an alarming rate worldwide.  Increased scrutiny and enforcement by CBP of products made from forced labor is causing delays at ports of entry, and disputes filed by U.S. importers.

THINGS TO KEEP IN MIND:

Importers of these WRO goods have three months from the time a shipment is detained to prove the products are clean.  The burden of proof required from the importer is substantial with no clear guidance given by Customs for what part of the shipment might have triggered the detention or why it is in violation.

The most important part of investigating your supply chain for elements of forced labor is not assuming that it is unbreeched.  Often you have to dig down past the first layers to some of the raw material to look for indicators, and just as often you need in country contacts in your supply chain to ask the right questions. “Even many well-intended importers who have good social compliance programs weren’t quite tracing back their supply chains far enough to where the risk is,” said Ana Hinojosa, Executive Director of the CBP’s Forced Labor Division.  This is part of the overall supply chain mandate that CTPAT is focusing on to educate and improve.

The list of common indicators from which you should develop your internal questions include:

Ultimately, Importers must begin to take steps to protect themselves by utilizing all available information and applying research and training to help identify illegal operations that involve human trafficking.  Identifying and removing the ability to profit from the crime serves as a deterrent to prevent the unknowing participation in the crime altogether.

CBP offers resources that can help.