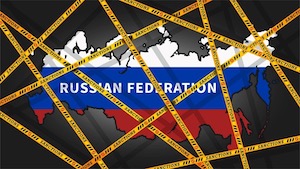 Russian Sanction Updates and Reporting Requirements: What are your Responsibilities under OFAC?

In response to the Russian Federations’ (“Russia”) invasion of Ukraine, the U.S. Government has recently announced expansive economic sanctions against Russia and its economy. The U.S. Department of the Treasury’s Office of Foreign Assets Control (“OFAC”) imposed sanctions against multiple parties in Russia to deplete Russian resources for purposes of ending the war. These actions were taken pursuant to Executive Order 14024 (EO 14024), which authorizes sanctions against Russia for its harmful foreign activities, including violating core principles of international law such as respect for the territorial integrity of sovereign states[1].

As background, OFAC administers and enforces economic sanctions programs primarily against countries and groups of individuals. The sanctions can be either selective or comprehensive, using the blocking of assets and trade restrictions to accomplish foreign policy and national security goals. U.S. persons must comply with OFAC regulations, including all U.S. citizens and permanent resident aliens regardless of where they are located, all persons and entities within the United States, all U.S. incorporated entities and their foreign branches. In the cases of certain programs, foreign subsidiaries owned or controlled by U.S. companies also must comply.

Here is a brief summary of the different sanctions imposed by OFAC against Russia since the start of the war (up to the date of this writing 04-06-22):

As expected, several U.S. companies are directly impacted by these OFAC sanctions. If a U.S company has historically done business in Russia, it is imperative it review different compliance aspects of the transactions. For example, what does OFAC consider a violation? If a party to a transaction is not sanctioned, but the payment is through a sanctioned bank, are there any options to proceed with the transaction without violating the law? These are the types of questions that are being asked as companies try to understand and comply with the new sanctions. To this point, does a company have any responsibly if it becomes aware of a violation and cannot complete a transaction?

In general, 31 C.F.R. § 501.603 and § 501.604 governs the reporting requirements for blocked, unblocked, and rejected property.[15] In this context, a blocked transaction means that the property is “frozen” until OFAC provides authorization to proceed, while a rejected transaction means that an offer or proposal is rejected, or the merchandise is returned to the sender without acceptance. Companies should be aware that these regulations might become implicated if a company is forced to block or reject a transaction based on sanctions. For example, if a company has been doing business directly with one of the recently sanctioned Russian banks, it might be forced to reject or block an offer or proposal if one was initiated by the bank, and then submit the necessary report to OFAC. This example raises the interesting question of who is subject to the OFAC reporting requirements?

If your business is forced to block/unblock or reject a shipment, when must it report? For blocked property, the initial report must be reported within 10 business days from the date the property becomes blocked. Unblocking reports are also required within 10 business days but only when specifically required by OFAC, such as when they are made a condition of a general/specific license. In addition to the initial blocking report, OFAC requires an annual blocking report on all blocked property held as of June 30th  of the current year and it should be filed annually by September 30th. For rejected property, the initial (and only) report should be filed within 10 business days of the rejected transaction. A shorthand version of the information that is required to be included in each initial report can be found below:

While it does not seem that enforcement of these regulations has been a priority, it is likely companies could see additional scrutiny from OFAC moving forward. Since late February, OFAC has continually been imposing more sanctions on Russia to deplete its resources and end the war. It would seem from OFAC’s perspective that the more reports it receives on blocked and rejected transactions, the better the agency can position itself to impose additional sanctions against Russia. Businesses should be aware and fully comply with these reporting requirements to avoid any potential OFAC violations for failure to report. Failing to report these violations could result in civil and criminal penalties depending on the applicable sanctions program.

Companies can attempt to avoid these regulations all together by ensuring that they have a process in place to safeguard against dealings with prohibited entities. One recommendation is to have updated written policies and procedures for screening all Russian parties that may be subject to a transaction. As well, it may be wise to obtain ownership information from the screened entity to confirm they are not owned or controlled by a sanctioned party. While OFAC continues to flex its muscles with Russia, domestic companies should be proactive and ensure they are aware of all the Russian sanctions and the necessary reporting requirements.

For any additional inquiries, or if you would like to discuss OFAC’s Russian sanctions or reporting requirements in more detail, please contact Adrienne Braumiller at Adrienne@braumillerlaw.com.