Skip to content
You are here:Home-News & Publications-Recent CBP Entry Summary Guidance for Pipe Spools from Multiple Countries of Origin – Shapes of Things to Come?
Previous Next

Pipe spools are prefabricated components of a piping system consisting of various types of pipes, flanges, elbows, and fittings, and may contain line pipes and other components manufactured in multiple countries. Pipe spools, made of steel, may be subject to Section 232 duties or quotas, Section 301 duties, as well as antidumping and countervailing duties (AD/CVD), based on the country of origin of the component and the AD/CVD scope.

(a) the pipe spool has components from two or more countries of origin; and/or

(b) the pipe spool has components that are subject to requirements such as antidumping and or countervailing duties, Section 232 or 301 duties, or quotas;

the filer reports the pipe spool on multiple lines, as needed, to reflect the different country and requirements (including trade remedies and/or AD/CVD proceeding(s)). All other reporting requirements, such Section 232 or 301 exclusions (if applicable), should also be reported on the corresponding line.  Each line should use the same tariff classification as the classification for the entire pipe spool.

The Message therefore sets forth an entirely new level of reporting for Entry Summary purposes for pipe spools and substantially increases the information requirements in order to properly account for the COO and value of the individual components of a completed pipe spool assembly, and also requires assessment and payment of any safeguard or AD / CVD duties on the individual components as if they were imported separately.

The Message has attracted notice in the trade community, not only due to the increased administrative burden and cost associated with the importation of pipe spools, but also due to concerns that the approach foreshadows a new direction whereby CBP will take the same approach to other assembled articles that are constructed of materials and components that may themselves be subject to safeguard or AD / CVD duties if imported separately.  Whether CBP extends this approach to additional manufactured products can only be determined by the passage of time, however there may be some comfort in the fact that there are certain factors that are applicable to pipe spools that otherwise would not be present with many other manufactured articles.

The first is that the U.S. Department of Commerce (DOC) has determined in separate scope rulings that the component parts of certain engineered and manufactured pipe spools that are produced in the PRC and imported into the U.S. are within the scope of existing antidumping and countervailing duty orders currently in place covering various types and grades of steel pipe. See 82 Fed. Reg. 48,800.

This establishes a rational basis for CBP to issue the Message in order to provide guidance related to the Entry Summary requirements on a product where the DOC has specifically determined that the component parts of a larger article are individually within the scope of a given AD / CVD order.  However, absent a similar scope ruling decision by the DOC on a given manufactured article, the extension of CBP’s approach insofar as it would apply to AD / CVD applicability to constituent components would be of serious concern.

And while the DOC has specific jurisdiction over scope and COO determinations as they pertain to AD and CVD, this does not extend to determinations related to safeguard actions such as Section 301 or 232 actions and leaves the underpinnings of the Message guidance as it relates to Section 301 and Section 232 less clear.  The legal framework for determining COO for purposes of Section 301 or 232 is found under the Customs Marking Statute (19 CFR Section 134.1) which utilizes the substantial transformation test to determine the country of origin of imported merchandise.

That said, the rulings cited by CBP in the Message do not appear entirely analogous for determining the COO of pipe spools.  CBP cites NY N284041 (Mar 31, 2017) and NY N24595 (Sep 17, 2013) where CBP rules that further manufacturing operations performed in third countries on pipe, including cutting and threading, do not change the COO of the constituent component pipe, however these rulings do not specifically deal with pipe spools.  NY N262359 (Apr 6, 2015) involves a COO determination on pipe spools for NAFTA marking purposes whereby CBP utilizes an essential character test to determine that Chinese constituent pipe incorporated into pipe spools imparts the essential character to the entire assembly.  However, CBP rulings related to COO determinations for Section 301 and 232 purposes have consistently applied a substantial transformation test to determine COO for section 301 and 232 purposes.

In other CBP rulings, Customs has ruled that the production of pipe spools from individual pipe does not create a new article for tariff classification purposes See NY N262359 (Apr 6, 2015): “Historically, pipe spools without valves which are lengths of pipe connected by fittings have been classified as pipe”;  NY B84807 (May 23, 1997): “The pipe spools/pipes are made to standard industry specifications for steel pipes and fittings.  Any pipes imported without any attachments or any pipes imported with a fitting or coupling attached will be classified under the appropriate subheadings for tubes, pipes and hollow profiles of iron or steel in Chapter 73.”

While the above rulings point to a likely conclusion that assembly of component pipes into a pipe spool does not constitute a substantial transformation for Customs COO purposes, they do not appear to establish a definitive precedent.

However, taken together it would appear the Message requiring importers to break out the cost of individual components for purposes of AD / CVD, and Section 301 / 232 assessment would most likely be confined to narrower categories of merchandise where both the DOC has specifically determined that component parts are within the scope of a given AD / CVD order, and also where CBP has determined that the assembly of components otherwise subject to safeguard tariffs does not constitute a substantial transformation, or the COO of the components otherwise does not change due to the assembly process.

About the Author: Paul Fudacz 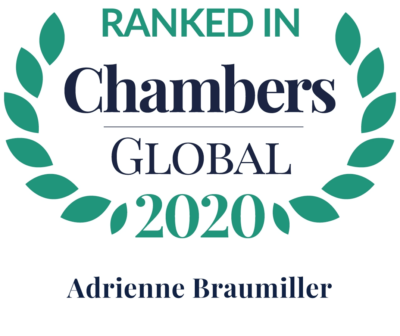 A Leader in International Trade Law Global Trade Law Specialists. Successfully meeting the complex challenges of global trade compliance requires a smart strategy. For leading companies worldwide, that strategy is a partnership with Braumiller Law Group. Submit Your Project Company Video Why Braumiller Law Group? We support companies involved in import/export with a unique set of skills: We provide a[...]
10:00 pm USMCA and the Rubber and Plastic...
USMCA and the Rubber and Plastic...
Jul 16 @ 10:00 pm – 10:15 pm

A Leader in International Trade Law Global Trade Law Specialists. Successfully meeting the complex challenges of global trade compliance requires a smart strategy. For leading companies worldwide, that strategy is a partnership with Braumiller Law Group. Submit Your Project Company Video Why Braumiller Law Group? We support companies involved in import/export with a unique set of skills: We provide a[...]
View Calendar
Add