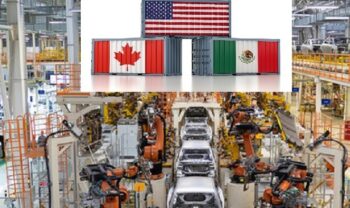 USMCA (T-MEC as it is formally called in Mexico) will enter into force on July 1, 2020.  At least this is what the government of the Party members, the United States, Mexico and Canada have announced.  In this case, operations occurring after this date will no longer be covered by NAFTA as this treaty will be terminated and consequently replaced by the USMCA.  Prior to this announcement, the representatives of these countries had intense and long negotiations about what would be the new regulations and responsibilities for the Party members and companies located in the territory of these countries wishing to request customs and trade benefits under the USMCA.  At the end of the negotiations, after the parties reached an agreement it turned out to be that under the USMCA, the new rules of origin for the automotive industry are more strict and much more complex than the ones under NAFTA.  This means that in order for the automotive industry to request preferential treatment, they will initially be required to comply with the new rules of origin included in the standard transition regime (STR) of Article 2 to 7 of the Automotive Industry Appendix, Annex 4-B, Chapter 4, USMCE.  The new rules vary depending on the specific type of vehicle and parts.  Also, some of the requirements are defined at a higher number or percentage and progressively increase each year starting July 1, 2020 until July 2023 (for passenger vehicles or light trucks) or until July 1, 2027 (heavy trucks).  Generally, these requirements are:

In Mexico, the Mexican Minister of Economy, in accordance to the USMCA and in response to requests from the automotive industry, established a domestic mechanism that offers this industry some flexibility for compliance with the new rules of origin.  This mechanism is called the alternative staging regime (“Regimen de Transicion Alternativo (RTA)” and was officially and formally published by means of an agreement in the Mexican Official Gazette (Diario Oficial de la Federacion) on April 30, 2020.  The RTA agreement lists the specific proceedings and requirements that a vehicle producer must put together in order to apply and obtain an RTA authorization and the corresponding benefits.

The RTA is different from the STR because it provides additional time for compliance with the new rules of origin.

Generally, the USMCA sets forth that each Party member shall provide that for a period ending no later than January 1, 2025, or five years after the USMCA becomes effective (whichever is later), a passenger vehicle or light truck may be considered to comply with the USMCA rules of origin, if the vehicle or truck applies and obtains from the corresponding authority an alternative staging regime (RTA) authorization which is different from the standard transition regime (STR) set out in the USMCE.

The benefits for passenger vehicles or light trucks set forth in the alternative staging regime is limited to 10% of the producer´s total production in the USMCA region (during the complete 12-month period or the average production during the complete 36-month period, prior to entry into force of the USMCA).  Nonetheless, the producer may request that the 10% be increased by attaching to the alternative staging regime application a detailed and credible plan explaining and ensuring how these vehicles will meet the provisions related to the USMCA rules of origin for automotive goods.

In Mexico, in accordance to the RTA agreement above, companies from the automotive industry interested in having an extension of time different from the one under the USMCA, may file an RTA application before the Minister of Economy.  This application must be filed electronically on or before July 1, 2020.

The RTA authorization will be valid for five years starting with the entry into force of the USMCA, unless the producer requests an extension and it is granted by the Minister of Economy.  After the RTA expires, the vehicle and truck producer shall be required to comply with the applicable USMCA specific rules of origin.  Also, during the alternative transition period, eligible passenger vehicles or light trucks with an RTA may be exempt from having to comply with the requirement applicable to core parts.

In general, the RTA application shall include the following information, which should be compiled and prepared in a very detailed and clear manner:

The USMCA also states that each Party member shall provide that for a period ending no later than January 1, 2027, or seven years after entry into force of USMCA (whichever is later), heavy duty trucks should comply with the USMCA rules of origin unless a longer period is approved via an RTA.

Producers of heavy vehicles may  apply for an RTA as long as they comply with the eligibility criteria in accordance to the RTA agreement.  They must approach the Minister of Economy for such purposes prior to July 1, 2020.

Finally, an RTA authorization is not intended to replace any rule of origin or any preferential treatment provision.  Instead an RTA authorization is aimed to provide flexibility and more time for the automotive industry so that they can comply with the new USMCA rules of origin.  Therefore, it may be a good idea to apply for one even if you are not sure you will need one. Please note, the Mexican authorities are very strict .  Therefore, all applications must be completed and prepared in a very detailed manner in accordance to the guidelines and procedures listed under RTA agreement.  Otherwise, delays or denials may result.

The information in this article is not intended to provide any legal advice.  It is presented for information purposes only and it must not be used as a guide intending to comply with the USMCA or any other regulations.  If you have any specific questions or need clarifications, please do not hesitate to contact us at brenda@braumillerlaw.com.