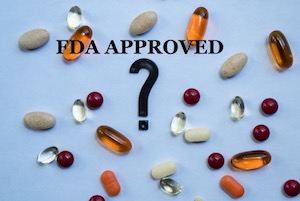 The FDA is Cracking Down on Supplement Manufacturers

Enter any of the more health-oriented grocery stores in the U.S., like Whole Foods, and you’ll see aisles upon aisles of supplements —everything from multivitamins to fish oil to protein powders. The supplement industry is a $61 billion market and has seen steady growth over the past decade. People who want designer supplements can even order them online for specialized products not found in U.S. stores. However, health enthusiasts are claiming that they’re not getting their orders of nootropics. Even a staple supplement that has been on shelves for years, NAC, could be disappearing soon. (N-acetyl cysteine (NAC) is used by the body to build antioxidants). That’s because the FDA is cracking down on supplement manufacturers.

Supplements started taking off in 1994 when the Dietary Supplement Health and Education Act (DSHEA) was passed. This law allowed companies to sell supplements without having to obtain FDA approval before going to market. The law also required that supplement labels be truthful and not misleading, and that manufacturers provide a disclaimer on the label stating that the product is not intended to diagnose, treat or cure any disease.

Over the years, supplement manufacturers have gotten sloppy with their labeling and marketing practices. In 2012, Congress passed the Food and Drug Administration Safety and Innovation Act, which held manufacturers to higher standards of quality control. The new law required that supplement companies register with the FDA before selling their products, submit safety data on each ingredient used in their products, and verify that all claims made about their supplements were backed by science.

When waves of COVID-19 cases hit the US, people were scrambling to find ways to protect themselves and their loved ones from getting sick. This is when people (and researchers) took an interest in NAC and its immune-modulating characteristics. The FDA also took an interest, and took action to monitor NAC claims and distribution. Supplement consumers who were aware of the FDA’s actions also became extremely anxious when a proposed bill that requires manufacturers to list their products with the Food and Drug Administration hit Congress earlier this year.

So, what do these actions mean for manufacturers who import these products? Essentially,  the FDA will prohibit products to be sold if they do not fall under the definition of dietary supplement. One example seen in the FDA’s response letter to ban the distribution of NMN, a supposed anti-aging supplement, shows us that supplements initially labeled under research chemicals will fall flat on FDA approval. Manufacturers will have a difficult time finding approval for their products due to a provision in U.S. law that bars ingredients from being marketed as supplements if they were first approved or investigated as drugs.