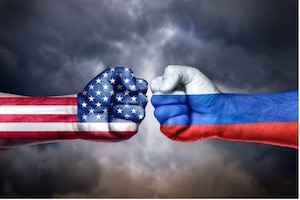 Exporting to Russia is already a challenge. There are OFAC sanctions arising out of the Ukraine/Crimea situation, Military End User controls, and the usual export licensing requirements. Based on the recent exchange between President Biden and Putin, it’s obvious that things are not getting any better any time soon regarding our relationship with Russia, and export controls are following suit.

On March 2, 2021, the Bureau of Industry & Security (BIS) announced it was adding 14 entities located in Russia, Germany, and Switzerland to the Entity List. The Entity List is found in Supplement 4 to Part 744 of the Export Administration Regulations. It contains the names of hundreds of entities in many countries that are “reasonably believed to be involved, or pose a significant risk of becoming involved, in activities contrary to the national security or foreign policy interests of the United States.” Adding parties to the Entity List requires a finding of such activities and does not require a proposed rule to be published in the Federal Register. Lately a spate of Chinese parties have been added to the Entity List, so adding Russian and European parties is significant.

This notice supplements the addition of five Russian Government facilities to the Entity List in August 2020.

The significance of the Entity List is that it requires an application for a license to export to the listed entity. In most instances the license requirement applies to all commodities – even EAR99 articles. Also, in most instances there is a presumption of denial for license applications. Thus, addition to the Entity List is close to being a ban on exporting to the named party.

The least bad thing that could happen to a U.S. company that exports to a party on the Entity List without obtaining an export license would be a penalty from BIS.

Exporters must be certain to screen all their exports to ensure that no shipments are made to parties on the Entity List without proper approval.

But that’s only the beginning! On March 18, 2021, BIS published a Federal Register notice titled “Russia: Implementation of Chemical and Biological Weapons Control and Warfare.” This notice announced the implementation of sanctions against Russia for use of chemical and biological weapons.

The first sanction announced had to do with license applications for exports and re-exports of National Security controlled articles to Russia. Effective March 18, such applications will be reviewed by BIS with a presumption of denial. The Federal Register notice mentioned that in particular this policy applies to commercial and civil end users and state-owned and funded enterprises in Russia.

The notice went on to add that license exceptions RPL (replacement parts), TSU (technology and software unrestricted) and APR (permissive re-exports) for use with items controlled for National Security purposes are suspended for exports to Russia.

The application of the sanctions was waived for certain licenses and exceptions. These will be handled under the policies in place prior to March 18, 2021. They include:

• Licenses and exceptions relating to safety of flight for passenger aircraft.

• Licenses for export of National Security controlled articles to Russian subsidiaries of US companies.

• Licenses for export of National Security controlled items in support of commercial launch activities in Russia or the Russian space launch center. This waiver will expire on Sept. 1, 2021 after which applications for such licenses will be reviewed under a presumption of denial.

But wait – there’s more! How about the International Traffic in Arms Regulations (ITAR)? On the same date – March 18 – Part 126.1 of the ITAR was amended to include Russia in the list of enumerated countries with respect to which it is the policy of the United States to deny licenses and other approvals for exports and/or imports of defense articles and defense services. This means that licenses for export of ITAR-controlled articles and defense services to Russia have a presumption of denial. There are exceptions to this policy for:

• Case-by-case review of exports to Russia that support government space cooperation; and

• Case-by-case review of exports to Russia when in support of commercial space launches for the next six months.

Other than these, licenses to export ITAR-controlled articles, technical data, and defense services to Russia will probably not be approved.

When will these policies toward Russia be changed? There’s no telling, but judging from the latest news, the changes could be for the worse.