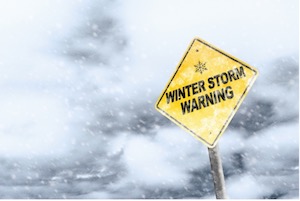 If you haven’t heard the words Ukraine or Russia within the last 5 months, one would assume that you must live under a rock, or that you’ve just decided to tune them out. Just as it seemed that we were on our way to being in the clear from the COVID pandemic and getting back to a little bit of normalcy within the global supply chain, the ever-so-sweet Putin decided to invade the Ukraine. Ever since the invasion, initiated by Putin back in February of 2022, there has been a shockwave of domino effects that have reached around the world. One of the most prominent issues would be the gas supply issue in European countries. Before the war in Ukraine, 40% of Europe’s gas was supplied by Russia (theguardian.com). However, after the invasion, the E.U. has had no choice but to wean themselves off energy imports from Russia.

As winter approaches, Russia has sent signals to Europe that they should probably consider looking somewhere else for gas because they’re going to be cut off entirely at some point in the near future. The “unfriendly” countries must pay the price of being on the wrong side of the invasion of a sovereign country. Yes, the propaganda coming out of China and Russia at this point is confusing at best. The cutting of the gas supply situation reminds me of that one boss who hints at a potential downsizing within the company just to let you know it’s coming. They aren’t confirming anything, but it would probably be a good idea to look around for other jobs, you know just in case.

Even with the U.S.’s pleas to not put themselves in this situation, the E.U ignored all warnings and in turn, allowed Russia to become that boss. In fact, as of July 27th, 2022, European countries are now being forced to wean themselves off energy imports from Russia as they have tightened their grasp on the pipeline yet again by cutting supplies in to 40% to now only 20%. As the pipeline’s supply drastically changes, European countries are now scrambling for ways to prepare for the winter. With the inevitable development of Russia turning the gas supply into a weapon, it begs the question, where are European countries going to turn? Like a good neighbor, big brother America is there! In case you were unaware, the U.S. is one of the world’s largest producers of LNG and one of the top countries the E.U. is turning to amid the gas crisis.

At the time of this writing, August 8th, 2022, there was a foreign relations hearing held where Jose Fernandez, Under Secretary for Economic Growth, Energy, and the Environment, met with European countries to discuss the US increasing oil production to an all-time high in an effort to assist. Just like everything involving trade and the everchanging geopolitical landscape, there is always a “deal” to be made. So yes, the US has looked to help European countries by supplying them with greater volumes of LNG, but at a higher price. As Russia continues to tighten its grip on the E.U.’s gas supply, European countries are planning to have at least 85% of gas storage by November.  But unfortunately, specialists have said that quota will be hard to meet after looking at the current situation (theguardian.com). So, with winter approaching, Germany in particular must increase the burning of coal and reduce its natural gas consumption in order to fill their storage facilities (CNN). Putin shows no signs of stopping the siege. As European countries scramble to prepare for the winter, Russia continues to run rampant pulling supplies from countries that desperately need them and continuing war on Ukraine. As of July 30th, 2022, Russian energy specialist Gazprom said they are pulling out of business with Germany altogether because of an ongoing dispute over Moscow’s new currency from euros to rubles. With every day that goes by, it seems there is a new update in the ongoing energy dispute between Russia and European countries, making this article a work in progress up to the date of publication.

Observing all the facts I’ve discovered throughout my research, I have come to the conclusion that yes, winter will be a time of struggle for European nations. But it’s a valuable lesson learned in doing business with an autocracy. It’s also a tough one, as even with their efforts in reducing energy and looking elsewhere to make up the 40% loss of Russian supplies, European nations are far behind in helping fill supplies for the winter. On top of Russia reducing supplies, I fear there may be an even further escalation of retaliation as the dispute goes on. Gazprom 2 is dead, and Gazprom 1 is dying, but that still pales in comparison to those who Russia will make suffer in the coming months.