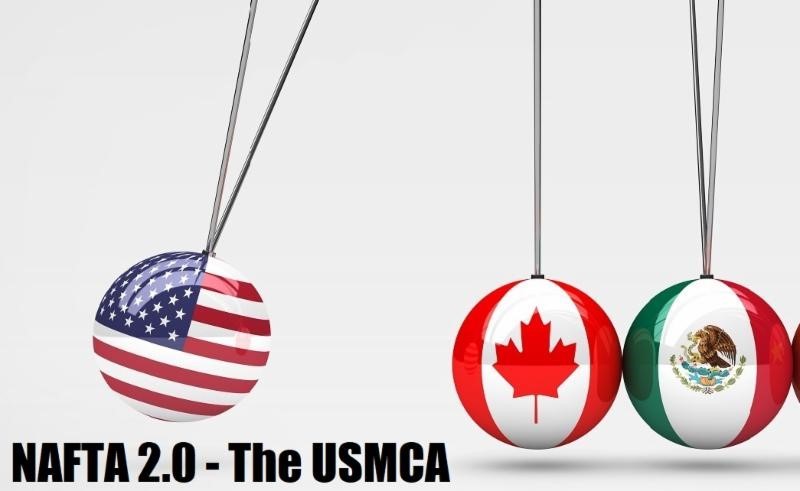 Many new technologies have erupted in the last 24 years, so sure, NAFTA was due for an update. Ecommerce has certainly also sparked the need for a facelift.  But modernized provisions for certification of origin (which is how countries determine which shipments qualify for duty-free status) may lead to more forgery and fraud than previously dealt with. Why?

Because under the new Chapter 5 Origin Procedures, certification of origin has become more flexible and lenient under the newly rebranded NAFTA, now known as the United States-Mexico-Canada Agreement (USMCA).  A major change is the elimination of the required use of the NAFTA Certificate of Origin, a form with several fields that must be completed for the Certificate to be valid.  Not only is there no more prescribed format for the certification of origin to take, but the USMCA certificate may be completed and signed electronically with a digital signature, rather than a hard copy executed first and then a soft copy retained for records. This could potentially allow for fraud or gross negligence as anyone could insert a digital signature with the name of an authorized representative.  Presumably, there would be controls in place for authorized signatures, but there is room for rampant errors.

These declaration procedures are like the more recent FTAs, such as Korea, Australia, etc., which place more burden and responsibility on the importer to ensure that the goods qualify, rather than placing the burden primarily on the exporter, as is presently the case. A certification of origin may be completed by the importer of the goods based on the importer having information, including documents, that demonstrate the origin of the goods.  The certification may be provided on an invoice or any other document that specifies that the good is both originating and meets the requirements of the Agreement, and must describe the originating good in sufficient detail to enable its identification.  While this flexibility appears attractive on the surface, it may open the door for more confusion, insufficient information to properly certify, and an increase in improper or invalid claims.  At least with the current NAFTA Certificate of Origin an importer could facially review the document, and with some basic training, could spot tale-tale signs of incorrect claims.

But alas, not all is lost!  Also new in the USMCA is a section dealing with errors or discrepancies. It provides that a Party shall not reject a certification of origin due to minor errors or discrepancies that do not create doubts concerning the correctness of the import documentation.   This should provide needed flexibility when technical or minor errors would invalidate a Certificate under NAFTA. However, “minor errors or discrepancies,” are terms that are left undefined. Even so, the USMCA also provides that if a customs administration into whose territory a good is imported determines that a certification of origin is illegible, defective on its face, or has not been completed correctly, the importer shall be granted a period of not less than five working days to provide the customs administration with a copy of the corrected certification of origin.”

Gone are the days of instant rejection. Now, importers may be able to push the envelope with little to no consequences, as they will be a given an automatic chance to correct their mistakes within 5 working days.  This is a major victory given that many NAFTA Certificates are invalid on the face of the document.

Only time will tell whether these changes lead to better accuracy in the issuance of certificates of origin – we can certainly hope so.  But many of the NAFTA certificates (that look facially valid) are improperly issued because there has not been a rules of origin analysis. Importers were not previously burdened with this effort, but now more than ever, they will need to gather detailed information to ensure that they can legitimately make a USMCA claim.