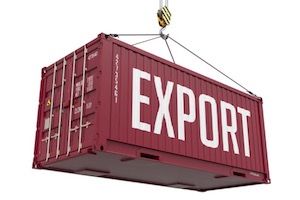 After six years, Bureau of Industry and Security (BIS) has a Senate-confirmed Assistant Secretary for Export Enforcement, Matthew S. Axelrod.  In a recent fireside chat hosted by the Silverado Policy Accelerator, Mr. Axelrod, shared many insights into the direction of Bureau of Industry and Security (BIS) priorities and what the trade may expect from the Office of Export Enforcement (OEE) in the coming year.  Of particular interest is a planned review of administrative enforcement and the self-disclosure program.  The last time a review occurred was in 2016 which resulted in aligning the BIS procedures more closely with the Department of Justice (DOJ), Mr. Axelrod’s previous agency.

BIS’s overseas all dual-use export transactions, which totaled 32 million last year.  Its 400-member team is divided into two offices – OEE with 170 employees and Office of Export Administration (OEA) with 230 employees.  With the disparity between staff size and transaction volume, a strategic approach to enforcement is imperative.

Driven by this strategic lens, Mr. Axelrod described the OEE’s key priorities in terms of three Ps – profile, partnerships, and prioritized enforcement.  Let’s look at each one and its potential impact on the global trade community.

Mr. Axelrod described the work of the OEE “like the secret weapon of national security”, but he would like it to be not so secret.  By raising the agencies global profile visibility, he believes the staff’s work can “have a powerful deterrent effect.”

The planned review includes an analysis of the administrative enforcement process’ resolution structure that includes no-admit/no-deny settlements.  Tightening limitations on the use of these no-admission settlements is believed to discourage bad behavior and increase accountability for wrongdoing.  BIS is not the only government agency re-assessing the value of no-admission settlements.  For example, the Securities and Exchange Commission (SEC) announced in October 2021 that it plans to make it harder for companies and individuals to settle wrongdoing allegations without an admission of guilt.  While the spectacle of a public admission may deter some violations, opponents suggest it may increase the number of cases adjudicated in court as admitting to wrongdoing would make settlement less palatable for many, particularly individuals named separately from their corporation.  Currently, BIS’s press release announcing a settlement agreement includes a full description of the alleged violations and links to the full agreement and the proposed or actual charging letter.  Per Mr. Axelrod, there have been 22 administrative settlements since the start of the Biden administration.

With 170 people in the OEE, force multiplication becomes especially important leading to key strategic partnerships.  Mr. Axelrod highlighted a few key groups with which the OEE partners including industry, academia, and foreign law enforcement counterparts.  Of particular importance, though, are partners such as the Federal Bureau of Investigation (FBI), Homeland Security Investigations (HSI), Customs and Border Protection (CBP), Alcohol, Tobacco, Firearms, and Explosives (ATFE), and the Department of Justice (DOJ).  In addition to increasing the OEE’s reach, these partnerships may help focus the organization’s enforcement efforts.  A second area slated for the internal review is the use of administrative resolutions in conjunction with criminal resolutions by the DOJ.  While many violations are managed under the OEE administrative resolution process, export violations are subject to both civil and criminal penalties and involve multiple agencies.  For example, in 2017, ZTE Corporation settled a range of export violations with BIS and the Office of Foreign Asset Control (OFAC).  The global settlement involved pleading guilty to three criminal charges which included a fine over $286 million and a criminal forfeiture over $143 million. Its civil settlement with BIS and OFAC totaled $761 million.  While some of the conditions and fines were suspended execution, ZTE was subject to ongoing conditions to retain export privileges.

The third area of focus in the coming year is prioritized enforcement.  Mr. Axelrod shared more than once that BIS’s main function is to keep U.S. technology out of the wrong hands.  The Axelrod interview took place on February 24, 2022, coinciding with the day Russia invaded Ukraine making Russia an “obvious” priority.  The agency continues its focus on Chinese companies.  A third area of review in support of this priority is how the OEE calculates penalties for items that would harm national security, even if they are low value with the view to expand these penalties.  Low value shipments have traditionally received less scrutiny opening the possibility for national security regulated items to fly under the radar.  With this announcement, Mr. Axelrod shares the agency’s recognition that national security threats, of any value, warrant closer scrutiny and a higher level of enforcement.

Finally, to both partner with industry and free up resources, the agency will consider ways to streamline the voluntary self-disclosure process.  Mr. Axelrod shared that last year BIS had 400 voluntary self-disclosures.  Of those, only three had some type of administrative sanction and none were criminal.  When companies voluntarily self-disclose, they take the burden off BIS to find and investigate violations.  They additionally demonstrate their intent to comply with the regulations creating opportunities for a positive, less costly, and less visible resolution.  One goal of this mechanism is to process the minor technical errors and to focus on the more serious deficiencies while encouraging companies to self-disclose more quickly.

In summary, Mr. Axelrod stated, “We haven’t landed on how we’re going to do them [the administrative reviews]. I don’t have the actual policy to roll out. But I do think it’s important for industry and for the bar, to know that these are things we’re taking a look at. And so, you know, the way things have operated in the past aren’t necessarily the way they’re going to operate going forward as we conduct the reviews.”