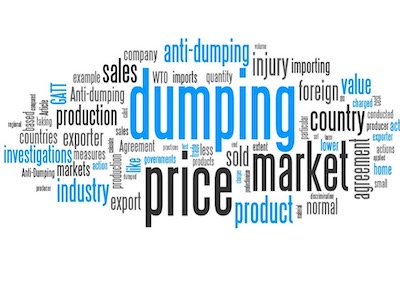 Antidumping Duties – Can I Obtain a Separate Lower Rate?

In Antidumping (AD) investigations, the U.S. Department of Commerce (DOC) typically selects only a limited number of exporting entities for review, with these exporters referred to as “individual” or “named” respondents.   Selection of these respondents is based on U.S. Customs and Border Protection Data, and in most cases due to limited DOC resources, will consist of only a few of the largest exporters.  If the selected respondents cooperate fully with the government investigation, and can demonstrate fair export pricing, they can obtain an individual AD rate that is generally favorable, or possibly de minimis, resulting in a zero rate.  Most often individually selected respondent exporters either do not cooperate, or the investigation reveals that dumping is indeed occurring, and a much higher individual rate is established for these exporters.

For the balance of exporters that are not individually reviewed in the original investigation, an “all others” rate is established based on a weighted average of the dumping margins of the investigated exporters.  If the rates of one or more of the investigated respondents are not favorable (from a U.S. importers perspective) then the all others rate will not be favorable.

It is very important to understand that the U.S. has a “retrospective” assessment system under which final liability for AD is determined after merchandise is imported. While the initial duty liability will be determined through the original AD investigation as published in the final AD order, the final duty liability is determined following an “administrative review” procedure under section 751(a)(1) of the Antidumping Act (the Act).  This is why AD rates are referred to as “cash deposit” rates, as they represent a deposit of AD duties which is subject to change as discussed below.

Under the Act, one year after the month the final antidumping order is published in the Federal Register (called the anniversary month), “interested parties” can request the DOC to perform an administrative review of specified individual exporters or producers covered by an AD order.   “Interested parties” include foreign producers or exporters, as well as U.S. domestic producers and importers.

If you are an importer of merchandise subject to an AD order, and you have imported the merchandise under Type “03” Customs entries and made AD cash deposits during the POR, you would qualify as an interested party and can request an administrative review of your producer or exporter or producer – exporter combination.  As an importer, the goal of this review would be to obtain a lower cash deposit rate by having the DOC perform a fresh review of the pricing and other factors influencing the AD rate that occurred during the specific POR rather than applying the factors established from the original investigation. While a discussion of the actual factors is beyond the scope of this article, should the DOC determine that a lower AD cash deposit rate is warranted based on the administrative review, the entries made during the POR would be liquidated at the lower established rate and the difference between the AD duties paid at the higher rate and the new rate would be refunded with interest.

Pursuing an administrative review can be most advantageous for importers that have imported merchandise under an unfavorable “all others” rate.  Under the administrative review process a separate rate for the individual producer / exporter can be obtained provided the proper circumstances exist and very specific administrative procedures are followed.  In the case of China, or other “non-market economies” (NMEs), a key factor is that the DOC will assign separate rates only if the applicant can demonstrate an absence of both de jure and de facto governmental control over its export activities in accordance with certain separate-rate test criteria.

Under this analysis, exporters of subject merchandise are accorded separate, company-specific cash deposit rates (also called margins) if they can provide sufficient proof of an absence of government control, both in law and in fact, with respect to their export activities. Evidence supporting, though not requiring, a finding of de jure absence of government control over export activities includes: 1) an absence of restrictive stipulations associated with an individual exporter’s business and export licenses; 2) any legislative enactments decentralizing control of companies; and 3) any other formal measures by the central and/or local government decentralizing control of companies.

In the case of China, in pursuing a separate rate, importers are required to complete a Separate Rate Application form and provide supporting documentation to be considered. Applicants must individually complete and submit the form with all the required supporting documentation no later than 30 days from the publication date of the administrative review initiation notice, which is typically published in the Federal Register at the beginning of an AD case anniversary month.

Should a separate, lower rate be obtained through the separate rate application, this rate would be applied retroactively to the exporter’s shipments imported during the POR, and the importer would receive a refund of the difference between the cash deposits made at the time of import, and the new separate cash deposit rate.  Also, once the new separate rate is established, this rate would be applied for future shipments unless or until another administrative review is conducted that results in a different rate.

It should be noted that under certain circumstances an administrative review could yield a higher cash deposit rate, especially if the rate established under the original investigation is relatively low.  Therefore, importers should exercise care when determining whether to request an administrative review / separate rate request and seek the assistance of a qualified trade professional before proceeding.