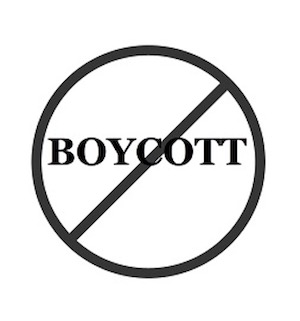 It’s 7:00pm on a Friday, and it’s also the last day of your company’s fiscal quarter.  You’re the shipping department manager responsible for loading several crates of widgets onto a truck that will take them to JFK Int’l Airport, where they are booked on a flight to Amsterdam.  This shipment fulfills a huge order your company landed from a new customer, so you’re looking forward to telling your boss that the order was shipped—meaning that the revenue can be recognized for the quarter.  But then the phone rings.  It’s the customer’s freight forwarder (FF), asking you to make a minor change to the commercial invoice.  They tell you that the customer wants you to add a brief statement: “These widgets are not of Israeli origin.”  Seems simple enough, right?  Even though the invoice already indicates that the widgets are of U.S. origin, what harm can there be in adding a statement that is factually correct?  You want a happy customer, and you want the shipment off your dock before the revenue recognition window closes at midnight.  You tell the FF you’ll add the statement to the invoice.  An updated invoice is printed for the document packet given to the driver, and it’s also emailed to the FF.  The shipment leaves at 11:00pm.  You pass along the good news to your boss.  Job well done!

But there’s a problem.  U.S. antiboycott laws prohibit statements like the one you agreed to add.  Uh-oh.  Now what?

I—What is a boycott?

A boycott is the organized and intentional refusal to engage in activity, whether directly or indirectly, with an identifiable specific group of persons in order to achieve a discriminatory policy objective based upon national origin, religion, ethnicity, race, gender, or other group characteristic.  Discrimination is typically achieved by targeting economic activity with the intent of causing harm to the boycotted party, whether directly or indirectly, or simply to isolate them.

A boycott falls into one of three categories:

In the late 1970s, Congress passed two laws (described below) intended to discourage U.S. companies from supporting any “unsanctioned foreign boycott”, meaning any boycott that is contrary to U.S. foreign policy objectives.  These antiboycott laws, which delegate administrative and enforcement authority to the Commerce and Treasury departments, have typically been viewed through the lens of the Arab League boycott of Israel (as shown by published enforcement data), but both laws are silent about Israel or any other country or entity.  As written, the laws are applicable to any unsanctioned boycott activity, without regard to the countries and entities at issue.

The primary intent of Commerce’s antiboycott provisions is to discourage, and perhaps prohibit, compliance by U.S. persons with certain boycott-related activities that target countries friendly to the United States.  Treasury’s provisions, on the other hand, are designed exclusively to inflict financial penalties on U.S. taxpayers.  Hence, Commerce focuses on preemptive discouragement and prevention of boycott activities (and penalizes prohibited activity when warranted), while Treasury’s attention is on the punitive tax consequences of prohibited activities.

Section 201 of the Export Administration Amendments of 1977 amended the Export Administration Act of 1969 to establish rules that prohibit certain U.S. entities from taking, or simply agreeing to take, certain actions “with intent to comply with, further, or support any boycott fostered or imposed by a foreign country against a country which is friendly to the United States and which is not itself the object of any form of boycott pursuant to United States law or regulation.”  This was initially codified at 50 U.S.C. § 2403-1a, but can now be found at 50 U.S.C. §§ 4841–4843 following passage of the Antiboycott Act of 2018 (included as Part II of the Export Control Reform Act of 2018 (ECRA)).  ECRA is the long-overdue successor to the Export Administration Act of 1979.

Commerce’s antiboycott regulations are found in § 760 of the Export Administration Regulations (15 C.F.R. §§ 730–774), which are administered and enforced by the Office of Antiboycott Compliance (OAC) within the Bureau of Industry and Security (BIS).  Unfortunately, much of § 760 can be difficult to read, as a reader unfamiliar with § 760 may find it dense, nuanced, ambiguous, and vague.  And its size and structure can make it difficult to navigate (at almost 54,000 words, § 760 is longer than two of the twentieth century’s best-known novels, F. Scott Fitzgerald’s The Great Gatsby and Kurt Vonnegut’s Slaughterhouse-Five).  In contrast to the structure of the other parts of the EAR, the majority of each subpart of § 760 is dedicated to various examples of definitions (§ 760.1), prohibited activities (§ 760.2), exceptions to prohibitions (§ 760.3), evasion (§ 760.4), and reporting requirements (§ 760.5).  Also included in § 760 are seventeen supplements that provided guidance on BIS’ interpretation of various boycott scenarios.

Because § 760 is included in the EAR and is under BIS jurisdiction, it is logical to presume that the scope of § 760 is limited to export-related activities.  But companies should be aware that the regulations extend beyond the export of “items” to other activities that fall within the “interstate or foreign commerce of the United States”, per 760.1(d).  BIS advises that these activities include the sale, purchase, or transfer of goods (including information) or services between two or more U.S. states or between a U.S. state and a foreign country, as well as exports from and imports to the United States.  That said, published enforcement actions show that OAC’s focus is on anti-Israeli boycott activities related to U.S. export transactions.

Among the activities that may be prohibited under § 760 are:

Certain keywords and phrases may indicate a potential boycott request.  These include “Israel” and other words indicative of Israeli culture or Judaism, “boycott”, “Arab League”, “Gulf Cooperation Council”, “enemy”, “blacklist”, and even “comply with”.

A company faces several options when a prohibited boycott request is received.  For example, if, when challenged, the requesting party agrees to retract their request, or to remove the problematic language from a document, then the danger has been averted and the transaction can continue.  Or, sometimes the language of a prohibited request can be reworked so that it becomes permissible.  Our opening vignette gives an example of a prohibited negative request that can be changed to a permissible positive request.  The transaction can proceed as planned by changing a negative statement (These widgets are not of Israeli origin.) to a positive statement (These widgets are of U.S. origin.).

However, a transaction must be cancelled if the boycott-requesting party refuses to rescind a boycott request that is determined to be prohibited.

In the event that a voluntary self-disclosure (VSD) of boycott activity is warranted, the VSD requirements are found in § 764.8.

The antiboycott provisions of the Tax Reform Act of 1976, codified in the Internal Revenue Code at 26 U.S.C. § 999, delegates to the Treasury Department the authority to deny certain tax benefits to U.S. entities that participate in or cooperate with an international boycott.  The Internal Revenue Service (IRS) is tasked with administering and enforcing § 999.

U.S. taxpayers are required to report requests to participate in or cooperate with such a boycott, as well as actual participation or cooperation with an international boycott, which occurred during the taxable year.  The report is submitted on IRS Form 5713 as part of the taxpayer’s annual federal tax filing.

Significant effort is needed to ensure that a company steers clear of antiboycott violations.  Unlike other aspects of trade compliance that can be automated (such as restricted party screening or license determination), the screening of relationships and transactions for boycott-related language must rely on human intervention.  This reliance on manual screening emphasizes the importance of education and training of employees.  In closing, here is a summary a few practical considerations for companies looking to improve its compliance with antiboycott laws: