Twenty-Five Years of Reasonable Care Under US Customs Law 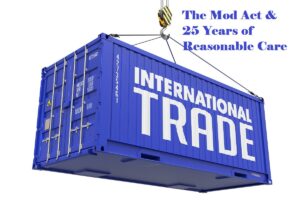 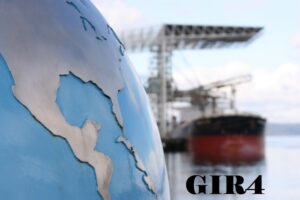 Skip straight to their article here

The trade war has gone on for the last two years leaving manufacturers and importers to deal with navigating the damage to the bottom line. However, there has recently been some light shed at the end of the tunnel. A recent ruling by the World Trade Organization (WTO) on September 15, 2020, said that tariffs imposed by President Trump’s administration on more than $200 billion in Chinese goods broke trade rules because they were above maximum rates and applied only to China (as many of you know, who import parts from China).

In addition to this ruling by the WTO, in the U.S. recently, there was a veritable floodgate opened by a lead lawsuit filed with the U.S. Court of International Trade (CIT) providing importers with the opportunity to file for potential refunds on Section 301 tariffs. These lawsuits seek to invalidate the so-called List 3 and List 4 Section 301 tariffs based on the finding that the List 3 and List 4 tariffs violate the provisions of the Trade Act of 1974 and the Administrative Procedures Act.

Specifically, the first case to challenge List 3 and List 4 tariffs was filed by a Washington D.C. firm, Akin Gump on behalf of their import client: HMTX v. United States (CIT Docket # 20-177, filed September 10, 2020). After the filing of the HMTX case, many importers rushed to get their refund lawsuits filed based on the findings in this case.

To date, the CIT has now received approximately 3500+ case filings. (we, Braumiller Law Group, did our part). Press articles were reporting that the deadline for filing the refund lawsuits was September 18, 2020, then September 21, and most recently, September 24. At this point, the deadline is debatable.

How? Here is an opinion shared by many in the legal profession.

While many people in the trade industry will argue that the deadline to submit a List 3 case before the CIT has passed, others will argue that a party does not acquire standing to sue under the Administrative Procedure Act (APA) until they suffer an actual “injury in fact.” Although the first Section 301 – List 3 tariffs were imposed on September 24, 2020, each importer may have not actually paid the tariff at that time. To this point, the first “injury in fact” would not have occurred until the importer paid Section 301 duties. For instance, if an importer did not pay Section 301 – List 3 duties until October 10, 2018, they could argue there was no injury, and thus no standing, to file the suit prior to this date.

Moreover, even if the time period where an importer paid its first Section 301 duties has passed, it can be argued that each separate tariff payment resulted in a separate “injury in fact.” Meaning, the fact that the initial deadline has passed would not bar you from seeking some type of recovery. While you may not be able to recover all Section 301 duties, you could still preserve your right to recover some.

So, is there still time to file for List #3 refunds? Yes. But just like with the lead case, there is no guarantee that there will be a favorable outcome. The decision should be based on the amount of money you paid in tariffs on List #3 and #4.

If you do decide to explore filing a case with the CIT, Braumiller Law Group is very familiar with the filing process having submitted approximately 150+ cases to the CIT recently.

For more information, or to file a case for potential refunds on Section 301 tariffs with the CIT, contact the author.

You can also hear from Braumiller Law Group on October 14 from 12-1pm ET on “USMCA vs. NAFTA: What Manufacturers Need to Know” during a free webinar hosted by MAPI.

To build powerful relationships with our clients, strategically using our unique expertise in global trade compliance to add genuine value to their businesses.

Braumiller Consulting Group occasionally has a need for both temp and full time trade consultants/advisors. To be considered, please submit your resume to
bob@braumillerconsulting.com.
SUBMIT YOUR PROJECT

To build powerful relationships with our clients, strategically using our unique expertise in global trade compliance to add genuine value to their businesses.

Braumiller Consulting Group occasionally has a need for both temp and full time trade consultants/advisors. To be considered, please submit your resume to
bob@braumillerconsulting.com.
SUBMIT YOUR PROJECT